Over 100 people from Bristol have taken part in the #WeAreBristol film series. They are all amazing. And they all represent Bristol. Here we introduce just a few.

Alex is a 39 year old musician and has played in bands and performed throughout his adult life.

“I have lived in St Pauls for around 17 years in and around the party and drug scene there. That’s when I became heavily involved In hard drugs and the lifestyle that comes with it. The getting, the selling and using and all the crime that came with it. My life spiraled out of control to a point where I had two choices either end my life or get a life.

“Since making the choice to turn things around I have been involved with music and drama projects around the city. I joined Rise Up, a project run by Many Minds and Breathing Fire that explores issues like knife crime, family breakdown, stigma. It has been an opportunity to be heard by people who can create system change and look at blockages in our communities.” 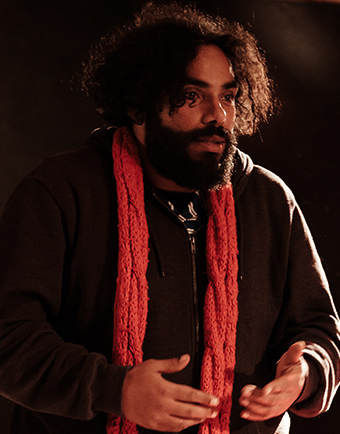 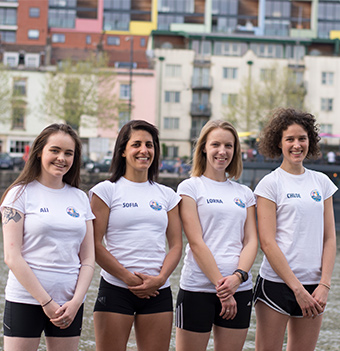 Four ladies living in Bristol and united by a love of the city’s waterways, have formed the Bristol Gulls. Together they are planning to row across the Atlantic, a 3000 mile race as part of the Talisker Whiskey Atlantic Challenge 2020.

Chloe Juyon, one of the Bristol Gulls, said: “Alongside keeping up with the training and physical demands of the race, we want to use it as an opportunity to raise awareness of our waterways and ocean. We’ve taken on a huge city-wide campaign to encourage a healthy, safe and sustainable relationship with our waters. We are also supporting Clean Up Bristol Harbour and RNLI Portishead.

“We are from very different backgrounds and corners of the globe. I’m from France, Sofia is from Uruguay, Ali is from Scotland and Lorna from Devon. We are proud to live in this amazing city which has brought us together and enabled us to form life-long friendships. It’s really important for us to support the community in which we have chosen to live and enjoy.”

Stephen, 66, is Bristol born and bred. Of all the participants, he has lived in Bristol the longest. One of his big frustrations is the traffic, and working as a bus driver he has to contend with it every day. But he doesn’t feel that the city is overcrowded and likes the fact that it’s not far from the countryside and the sea.

He thought that he was going to be interviewed as part of the film, so got a surprise when he found himself taking part alongside 59 other people. He said: “It wasn’t what I was expecting, and it was really interesting to be part of. I felt upbeat afterwards, but also a little bit overwhelmed by what I had experienced. I haven’t experienced discrimination or witnessed it, but then perhaps I don’t see it. I always try and treat people with respect and smile a lot.” 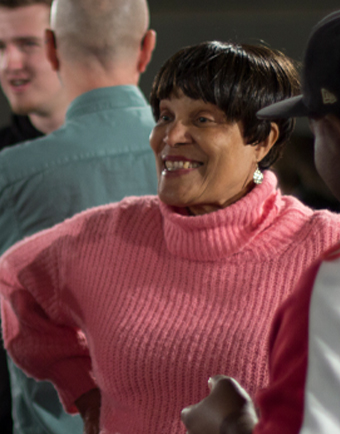 Eulinda (Antonette) from Ashley Down

Antonette is the oldest participant in the video. Originally from Barbados, she lived in various parts of England before moving to Bristol in 2016, to be near her son. Before retirement, she was a nurse and is now studying for an MA in Black Humanities at the University of Bristol. She recently performed one of her own poems at St Paul’s Carnival.

Antonette is involved in singing and theatre groups, and she responded to the advert to take part in the film thinking it would involve performing. She said: “I just love to act, so applied to take part thinking it would involve some sort of performance. What we ended up doing came as a bit of a surprise. It was fantastic. It really got us talking. Some folk might harbour prejudices against others because they don’t know them, but when they get talking they realise that under the cloak of skin colour, race and dress, the other person is just like them.”

Simon is an engineer and Special Constable with Avon and Somerset Police. He is originally from Plymouth and moved to Bristol for work after serving for 25 years in the Royal Navy. His favourite part of Bristol is Corn Street as he has happy memories from when he had his Civil Partnership there.

Simon becomes the centre of attention in the film when he admits to bunking off school! He feels that Bristol is pretty diverse and inclusive. He said: “It doesn’t always feel like it, but most of us seem to be able to rub along quite nicely. Aren’t most families like that? The loudest voices are the ones you hear, and they often come from people who should stop and think before they speak. These people create division within communities and peddle hatred. I think Bristol is better than that – scratch the surface and you find a community that is strong and full of compassion. 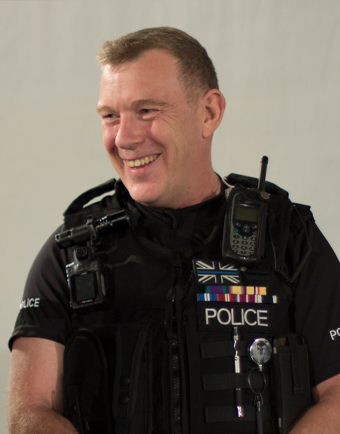 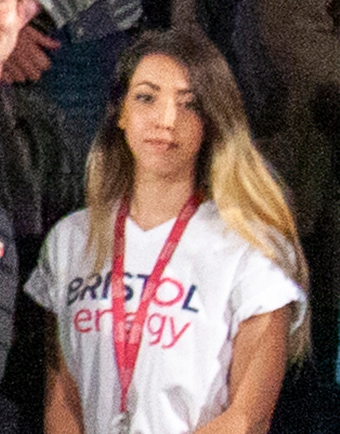 Shani was born in London and lived in Israel and Bournemouth before moving to Bristol, to be close to her family and have a good work-life balance. She loves that Bristol has lots to do and explore. She has experienced discrimination in Bristol, but says that it’s due to people making assumptions and stereotyping.

She had no idea what she had signed up to by taking part in the filming. She said: “Not knowing what it was about made the whole experience more interesting and adventurous. It was so nice to see so many different people from Bristol and to meet everyone. There was such a great atmosphere and everyone collaborated together and had a laugh. It was one of the best days!”